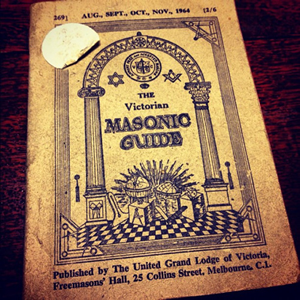 During the 1700s, as Freemasonry grew in popularity, it began to attract new members from increasingly diverse social backgrounds. Masonic lodges had always attracted men whose work could take them anywhere in the country, such as mariners and merchants, who would find security and friendship within the fraternity. The stage was no different and throughout the 1700s, there are many examples of members of the theatrical or musical professions enjoying or seeking membership of lodges. The 1800s saw the development of “class lodges”, which were lodges for men with a common interest, background or occupation.

In 1863 Maybury Lodge No. 969 was formed for freemasons connected to the Royal Dramatic College in Woking, a home for retired actors.

The basic, local organisational unit of Freemasonry is the lodge. The lodges are usually supervised and governed at the regional level (usually coterminous with either a state, province, or national border) by a Grand Lodge or Grand Orient. There is no international, world-wide Grand Lodge that supervises all of Freemasonry; each Grand Lodge is independent, and they do not necessarily recognise each other as being legitimate.

The History of Birnbeck Lodge

The name for Birnbeck Lodge was taken from a large rock, once an island guarding the entrance to Weston Bay, but now connected to the mainland by a pier and housing the local RNLI lifeboat. The Lodge was consecrated on 11th June 1952. It is the only Lodge in Weston-super-Mare to start meetings at 7.00 pm. The Founders agreed this so that members could arrive in a relaxed frame of mind after having more time to get home from work. Despite the pressures of contemporary life, we still try to maintain the traditions and standards of our Founders but remain open minded enough to embrace the modern world.

The Future of Birnbeck Lodge